Yesterday I was updating my Dopplr profile and also being determined to buy some cheap air tickets for the summer and upcoming trips via JAT airways web site. This is not the first time of my epic fail, attempt to buy ticket online (last time was during Easter holidays but then I was thinking their server/site might be overloaded or something). So this time I wanted to buy a ticket Rome-Belgrade and as usual actions I was proceeding to a payment section, and after that I was waiting to proceed and get my code and e-ticket.

Alas, I got information from the screen that there is an issue in the processing of my reservation aka system error. Please try again and if the problem persists (which does), to contact them (JAT airways) for further information. So I went back to the front page of JAT airways site and dialed number of call center {+38111311 2123}  for reservations via my mobile phone. I emphasized I am calling from Rome, that I failed to buy ticket via their web site, also stressing out that their reservation system is not working and I showed my concern that the system (they call it Amadeus) has been eaten my monies from credit card. Then after 10 minutes of checking out the status – they confirmed that Miss Radovanovic tried to buy ticket (they even saw my seat number), but then they weren’t sure so they redirected me to new number {+381112010117} to colleagues in Internet payment section of JAT. Did I mention that the girl who was on the other side of the line asked me three times if I’m calling from Belgrade or Rome?
Anyways, a woman at Internet payment section told me with humble voice that she cannot give me the reason why their web site is not working as I was pissed by then and wanted explanation. She only guaranteed me that my monies from credit card are not withdrawn so I am safe, and if I want to pay my e-ticket reservation I need to call a call center  (again +38111311 2123), this time a guy named Aleksandar told me that this procedure will last a bit longer after I said I’m calling from abroad and from mobile. I thought what the heck, I just want my ticket and to finish with it. Then the procedure of everything I went through the web site started but via phone (name, address, time, date, passport no., etc), and when I was about to make a phone payment, this man asked me with suspicious tone in his voice if I have credit card (such nonsense question, I wouldn’t buy e-ticket if I don’t own it, right?), and after saying “yes” to all those hideous questions (If I am the owner of the card, where I am right now, what’s my mobile number, am I calling from where, etc.), I finally made it to get my confirmation of e-ticket to my inbox. My bank also confirmed the transaction via text message notification, but what really made me angry was the time and money (hey – all in all I’ve spent 20minutes calling JAT airways, Belgrade from my mobile in Rome) I’ve spent in action via phone instead on their malfunctioning web site. What’s behind – only people in JAT management know.

The worst thing is that this problem exists for years and they are not fixing it!!! Every time I go to their web site hoping that things have changed – I get confirmation on the spot that they didn’t change. And I am not the only one who did notice and protest about this issue. So today I was reading  BBC news that Serbia is set for visa-free  EU travel from 2010, which means that Serbian citizens want to travel without nuisance of waiting for visa’s which is good on one side and on the other- Serbian JAT airways web site is not working!  This is so hypocritical and paradoxical at the same time: giving them hope whilst many emerging and basic things in the country are not functioning regarding e-everything: e-banking, e-payments, e-government, e-administration, e- whatnot.
This is the notice and caution to ALL of you who are planning to visit JAT airways web site or in worst case to try to make reservation.

Disclaimer: I wrote this text as revolted and dissatisfied citizen of Republic of Serbia, who lives world wide and who is not being able to use the web services that are presented on JAT web site. I respect the efforts and the work of aviation crew of this company who is so far doing their work fairly good. This negative critique is addressed to JAT management and their customer service, the way of communication with customers, web site malfunctioning, false representing their services on web, and disrespect to their customers.  If you don’t change your policy and be brave and make a statement on the web site that your e-system for reservations, booking, contact is NOT working – you are misleading the people. 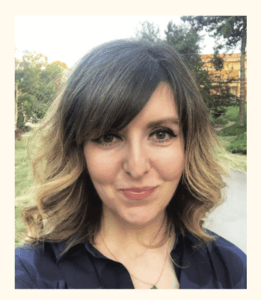